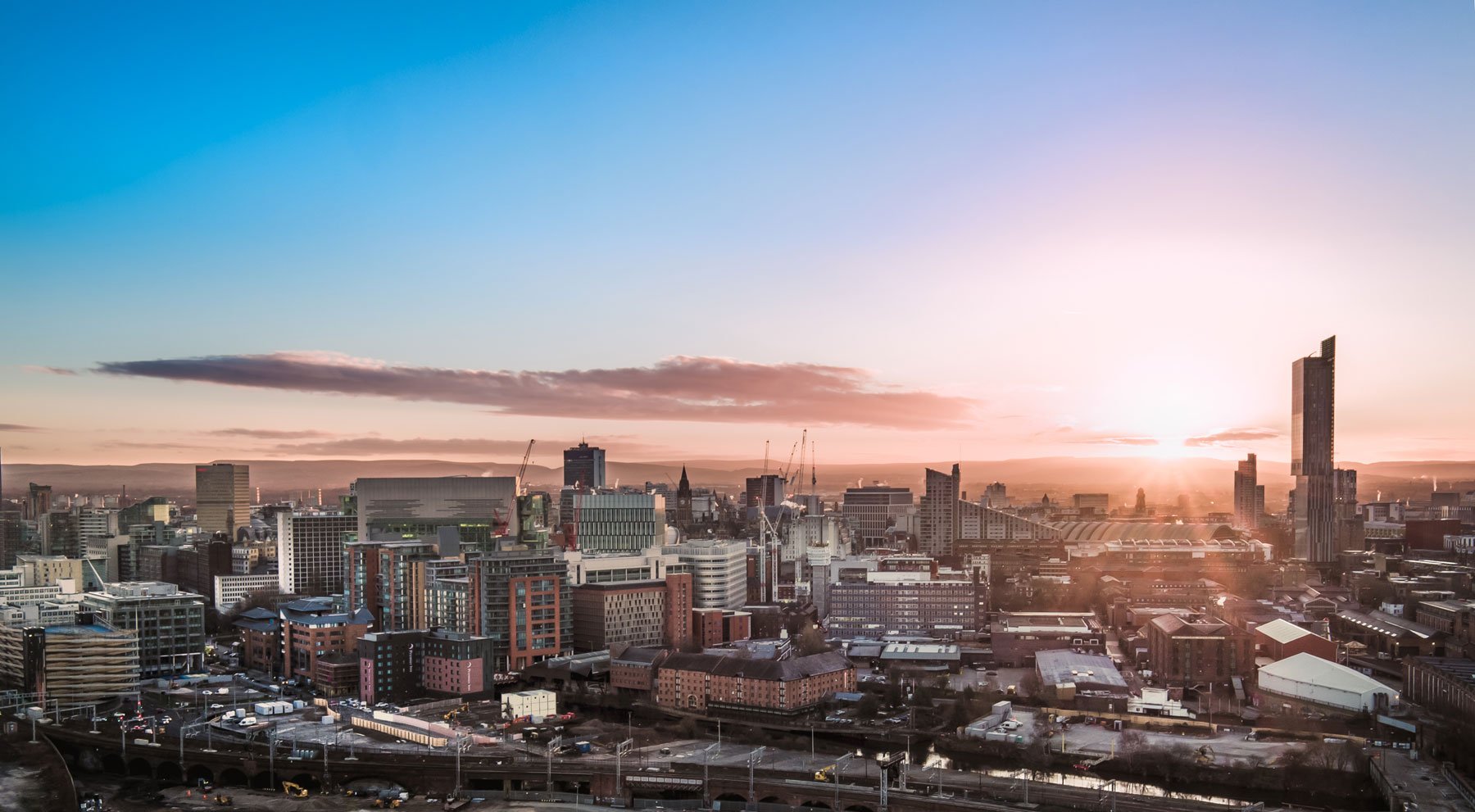 We are Strand Creative: Website Developers located in Manchester , let us tell you why we chose Manchester as our headquarters.

It’s no secret that Manchester has a deep history and culture. It is the world’s first truly modern city, the place where mankind first split the atom and the birthplace of the first modern computer. Disraeli, and many others after him, have said “What Manchester thinks today, the world thinks tomorrow.”

Manchester is well known for producing many musical stars.

Bands like Joy Division, the Smiths, The Stone Roses and Oasis shook up the foundations of popular music and reinforced Manchester’s place on the map. Manchester Arena is one of the busiest venues in the world, hosting the biggest names in the music world.

Manchester is also well-known for its classical music scene, with the likes of the grand Bridgewater Hall which is home to the Hallé Orchestra and choir.

Manchester is the birthplace of the industrial revolution

In the early 19th century, the growth of Manchester’s cotton industry massively increased the town’s expansion, and made it the beating heart of the world’s manufacturing and trade. There are still many old mills and warehouse buildings standing in Manchester city and the surrounding areas.

The construction of the canal, which connects Manchester and Liverpool, is regarded as the start of the industrial revolution. This canal allowed (relatively) fast transport of goods between Manchester and the rest of the world, massively boosting the rate at which materials could be processed.

The Manchester worker bee has been a symbol of Manchester for over 150 years. The bee represents Mancunian’s hard work ethic, and the city of Manchester being a hive of activity.

Emmeline Pankhurst was born in Moss Side, Manchester in 1858, and she was a bold political activist. She was frustrated by the lack of progress in the fight for votes for women, and so she set up the Women’s Social and Political Union (WSPU) in 1903. The female-only party became known as the suffragettes, and were deliberately provocative.

Pankhurst was named as one of the 100 most important people of the 20th century by Time, and now has a statue situated in St Peter’s Square.

Manchester City was founded some time later than Manchester United, in 1880 under the name St. Mark’s. It was renamed to Ardwick Association Football Club in 1887, and again in 1894 the club was renamed to Manchester City. The club won its first big prize in the 1903/04 season, where they won the FA cup. The club had a really successful period in the 60s, where they won the league title, the FA Cup, the League Cup, the Super Cup and the European Cup II.

However, Manchester City failed to reproduce this streak of success, and eventually relegated to the 3rd division. Manchester City was promoted to the Premier League in early 2000s. Later, in 2008, the club was bought by the Abu Dhabi United Group for £210 million, since then, the club has had a lot of money invested into it, making it one of the more successful. A lot of money has been invested in the club since the takeover, resulting in one of the most successful clubs in the Premier League.